CLIMATE CRISIS: THE IMPORTANCE OF THE RIGHT WORDS 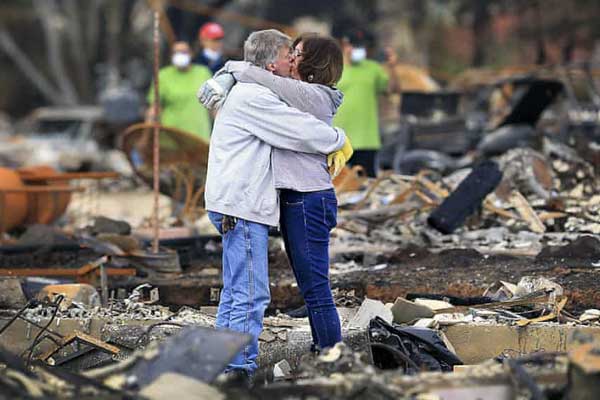 October 23th, 2019 – The Guardian has published an interesting article telling its readers about its decision to make radical changes in the words and expressions it uses to report on the climate crisis.

For the British daily, as for us, the climate emergency is one of the main issues – if not the greatest issue – of our times. So The Guardian wants to raise people’s understanding and awareness through a careful choice of the terms it employs to describe the phenomena we are witnessing. As editor-in-chief Katharine Viner explains, climate scientists are using a stronger more direct terminology to describe the situation in the world today.

For its part, The Guardian has decided to abandon the term “climate change”, with its passive overtones, and replace it with “climate crisis” or “climate catastrophe”. For the same reason, it prefers to use “global heating” rather than “global warming”. In Italian, the difference is not immediately obvious, but “warm” translates as “tiepido”, whereas “hot” (and therefore “heat”) translates as “caldo”. So “global warming” becomes a sort of “global burn”. The paper is also using the expression “climate science denier” instead of the usual “climate sceptic”, since “denial” provides a more precise description of the propaganda activities of people who want to discredit the climate crisis, despite overwhelming scientific evidence.

In addition to its style guide, The Guardian has also reviewed the photos illustrating articles on the climate crisis. Instead of the over-used ritual images, such as factory chimneys at sunset and polar bears on drifting ice, it is using authentic photos showing the direct impact of environmental issues on our daily lives, which create a sense of identification among readers.

Link to The Guardian articles: