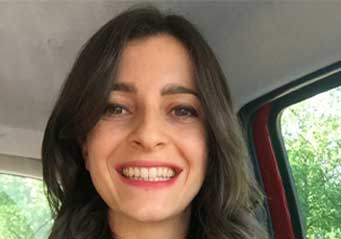 After graduating in international law studies from the University of Milan, Daria studied and worked in Madrid, at the International Law Department of the Universidad Rey Juan Carlos, in alternative conflict resolution methods, mediation and settlement. Her passionate interest in law applied outside the lawcourts led her to follow an alternative path to the traditional routes for law graduates.

With her keen interest in international projects, she worked at the Israel Pavilion for Expo Milano 2015 for two years, first as an assistant to the Commissioner-General during the construction stage and later as head of international relations and protocol during the months the exhibition was open.

This important experience enabled Daria to develop knowhow in different fields, which has since proved useful in various areas.

During the last 4 years she worked as coordinator and assistant to the project manager on an international project in Suriname for the construction of university campuses to stimulate local interest in advanced education.

She recently joined the Dotwords team, where she follows a series of special projects.