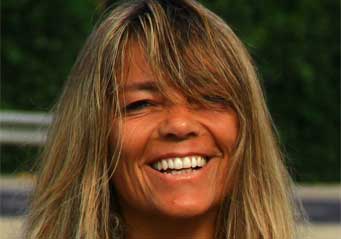 Gabriella Soldadino has worked in the Language Services Provider field for many years, developing a unique understanding of the business.

After graduating in Foreign Languages & Literature from Milan University, she lived in France and South America to perfect her language skills.

Gabriella began her career working as a teacher. A growing interest in translation, and in translation project development in particular, led her to join Logos, at the time Italy’s largest LSP. She held a number of posts at Logos before becoming a partner and subsequently CEO of the company’s Milan branch.

In the mid-1990s, Gabriella left Logos to move to Soget, where she was a prime contributor to the new company’s rapid growth. Gabriella focused on new business development, becoming Soget’s commercial manager and later a partner in the firm. In the eighteen years under her commercial and entrepreneurial lead, Soget built up impressive market share, developing ties with many international companies and positioning itself as Italy’s second-largest LSP.

Gabriella left Soget in 2012. In 2014, with David Orban and Cristina Franco, she created the business model for Dotwords, an international operator active in the development of the translation culture in a scenario of continuous technological innovation.

Gabriella’s family lives in Milan and Berlin. She has many interests, not only in the language field but also in asthanga yoga, reading and travel, particularly in the southern hemisphere.