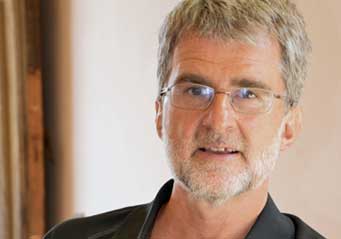 Luca Valpreda began his professional career in the USA working with leading communication agencies active in finance and IT. After taking a specialist course in media & communication at Yale University, he returned to Italy to work first as a freelance reporter, and later, from 1985 to 1989, in the Olivetti Communication & Image Division.

In 1989, Luca founded PDC Produzione di Comunicazione, an Italian-funded PR agency. Among his activities in PDC, he was directly responsible for the teams involved in bidding for the Italian telephone privatisation tenders, including Omnitel (now Vodafone) and Dixit (now Fastweb).

In addition to his work in PDC, Luca founded other companies and held other communication and consultancy posts. He was a founder and CEO of Technorace (information services for sport and leisure) from 1993 to 1996, and deputy chair of Hansen Worldwide (an international PR agency) from 1999 to 2002. From 1996 to 2005, he was CEO of Voz! (a visual communication agency). From 2005 to 2007 he was CEO of Sport Production Scarl, the company engaged by the Organising Committee for the XX Winter Olympics Games to organise all the spectator entertainment events at the 2006 Winter Olympics in Turin. In 2008, PDC merged with the Bologna-based agency Homina to form Homina PDC, of which Luca became CEO.

On completion of this move in 2009, he formed Amapola Talking Sustainability with a closely integrated team of professionals with whom he has worked during his career in communication. Amapola is committed to fostering good environmental, social and business sustainability practices in Italy and around the world and to facilitating international information and knowledge sharing.

A journalist/publicist since 1988, for three consecutive terms Luca was a member of the management board of Assorel, the Italian association of full-service PR agencies.

He works in Milan and Turin, and lives in Turin with his family.